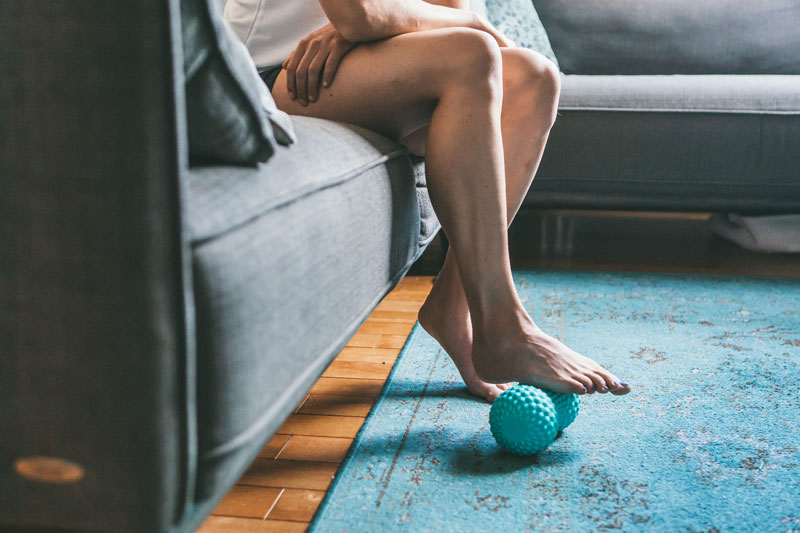 In the last several decades vibration therapy has exploded in popularity due to its safety, convenience, and effectiveness. Its effects have been well documented through research and studies involving recovery and sports medicine. While vibration therapy devices like our Fuse may seem like a relatively new innovation, it is actually one of the oldest methods of recovery with its origin starting in ancient times. Today we are exploring the history of vibration therapy and how it is evolved over the centuries to the devices we are familiar with today.

It all started in Ancient Greece

Have you ever wondered what it felt like to be a warrior in ancient Greece? While you may not want to recreate every aspect of their lives, Ancient Greece was where they first began to explore the benefits of vibration therapy. When warriors sustained injuries or needed a method to speed up recovery, doctors would apply a more primitive version of whole body vibration as a technique to encourage healing. Instead of using batteries or electricity to achieve the vibration effect, they were able to achieve a similar sensation by sawing pieces of wood or plucking large instruments. A simpler finding from this time period was that riding on horseback or donkeys would speed recovery. Writings from Lucious Anneaus Seneca also referenced the benefits of carriage rides with irregular wheels on uneven terrain were helpful for preserving health and healing.

Vibration therapy in the 1800s

Even though vibration therapy was invented in the times of ancient Greece and Rome, it was not widely adopted or referenced again until the 1800s. In 1808, John Barclay described a case where vibration cured muscular spasm, and throughout the 19th century vibration was cited to reduce morbidity, support cardiovascular health, treat digestion and other ‘nervous diseases’.

Jean-Martin Charcot’s research began when he heard anecdotal evidence that patients with Parkinson’s disease noticed reduced pathology after long train rides or carriage rides. He took the common features of this kind of travel: the vibration, and invented a chair that would mimic the movement. His invention was used in 30 minute sessions on Parkinson’s patients and he introduced a level of variability that allowed control over frequency, intensity and vibration direction.  Charcot was ahead of his time for his research and attention to personalization. He noticed when working with his patients that each session had to be tailored to each person’s needs.

Jonas Gustav Zander was a Swedish doctor who established what we know as the modern gym. He had a space where he tested pieces of equipment on patients, including one of his inventions called the “Zanderapparat F2”, which simulated a jog trot similar to the experience of riding a horse. He tested it on his patients and noted that his device helped stimulate weight loss and contributed to muscle gain. In 1895, John Kellogg improved upon Zander’s design and invented the first steam powered whole body vibration machines. He paved the way for modern machines with his chair and platform designs.

Vibration in the 20th Century

Further vibration therapy innovation was sidelined until the middle of the 20th century, as a result of the world wars. In the 1960s, there was a renewed desire for health research and many scientists focused their efforts studying the effects of whole body vibration. Professor Biermann developed Rhythmic Neuromuscular Stimulation (RNS), which is the direct ancestor of many devices that are available on the market today.

Vibration therapy was first fully embraced by Russia in the 1970s and further refined by Vladimir Nazarov to give their Olympic team a competitive advantage by helping them speed up their recovery. Nazaroc and his colleague Spivak were the first to make the connection that vibration contributed to muscular capacity increase, and could stimulate bone regeneration. This knowledge and therapy was applied to Russian astronauts who experienced a reduction in bone density and this treatment helped them recover their strength following space travel. In 1995, Russian astronaut Valery Polakev became the first man to spend more than 400 days in space thanks to the benefits of vibration therapy.

Scientists from all over the world began adopting vibration therapy. Americans used vibration therapy to prepare astronauts for landing on the moon. German scientists used it to help improve flexibility. Carmelo Bosco, and Italian physiologist, invented the modern day whole body vibration machine that became available for use in the homes or gyms of individuals for the first time. Vibration therapy became more sophisticated and devices functioned by applying high-frequency sinusoidal vibrations in vertical and side-alternating directions. They became widely used in competitive sports to help assist in warm ups, cool downs, reduction of delayed onset muscle soreness and flexibility training.

Vibration therapy has received a serious upgrade in the 21st century. With individual vibration devices hitting the market and more accessible than ever to clinicians and consumers, not only have we been able to put medical claims to the test we have also refined designs to be more effective and honed in on the right frequency and intensities to achieve therapeutic benefits. With a variety of designs and studied uses for vibration from recovery to beauty and more, any person now has access to products that solve their specific problem.

Percussive therapy guns were invented in 2008, and ever since then we have seen a number of more portable consumer facing devices hit the market that are intended to move beyond massage devices that were widely available in the 1980s and 90s. Consumers can now target specific areas and provide trigger point relief to areas that need it most instead of a need for whole body vibration therapy.

Percussive therapy is different from localized vibration therapy that you may see with products like our Fuse. This is because the mechanism of percussive therapy comes from the device providing rapid bursts of pressure on and off the body so quickly your brain does not have time to respond. Localized Vibration therapy works by rapid stretching and contracting of the muscles which can lead to a deep trigger point relaxation. Changes in frequency and amplitude can elicit different therapeutic benefits which is why our Fuse has multiple settings that allow you to tailor your recovery experience to your own unique needs. Our peanut design also is intended to assist with wrapping around large muscles and hard to target areas such as the thoracic spine.

Vibration therapy has come a long way since its origin in ancient times since we can now target specific areas with convenience and ease. Jean-Martin Charcot’s theory of personalization was far ahead of his time, and the inventors of the 18th century laid the groundwork for the modern devices that we use today, particularly in gyms and studios. With the 21st century came the ability to produce devices that could be made widely available to the average clinician or consumer. Through a combination of research and these devices being widely available to a variety of people, we learned about their benefits and also how each person needs the ability to personalize their experience with vibration therapy to enjoy the maximum benefits.

Where do you notice the benefits of vibration therapy most? Tell about your personalized vibration routine and how it works for you.

“The Historical Evolution of the Therapeutic Application of Whole Body Vibrations: Any Lessons to be Learned?” -Austin Sports Medicine